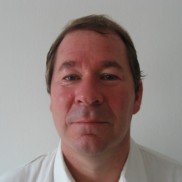 Dr Richard Cockett is the Britain Business Editor of The Economist newspaper. A graduate of Oxford University, he gained a Phd in history from London University where he taught for a decade before joining The Economist. For the newspaper he has reported from Latin America, Africa and Asia, from where he returned to take up his present position in 2014. He has written several books on aspects of British history and politics, and also about Sudan and Burma/Myanmar.