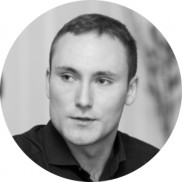 Rick Noack reports on foreign affairs for The Washington Post and covers security issues for German TV. Originally from Germany, he began to work at The Post as an Arthur F. Burns Fellow. In 2014, he was awarded the Aitchison Public Service Fellowship in Government by Johns Hopkins University. He studied at Sciences Po Paris and King’s College London and has contributed to CNN, Germany’s ARD network, Time Magazine and Der Spiegel, among others.