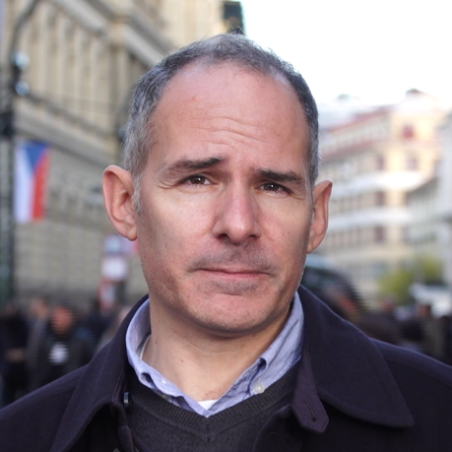 Rob Cameron is the BBC’s correspondent in the Czech Republic and Slovakia, covering politics, society, business, arts and other subjects for BBC Radio, BBC TV and BBC News Online. Born in London, Rob moved to Prague in 1993. He began his radio career in 1999, when he joined Radio Prague, the international service of Czech Radio. He began reporting for the BBC in 2001, and became the BBC’s full-time Czech and Slovak correspondent in 2004. He also contributes to other broadcasters, including DW (Germany), CBC (Canada), FM4 (Austria), and RTE (Ireland). As well extensive assignments in the Czech Republic and Slovakia, he has also reported from Albania, Austria, Bulgaria, Italy, Germany, Greece, Latvia, Poland, Russia, Sweden and the United States. During his career he has interviewed notable personalities including Václav Havel, Madeleine Albright and the Dalai Lama.