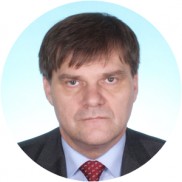 The start of the career of Dr. Rudolf Jindrák was tied with the Ministry of Foreign Affairs. He started in the Consular Department and served as a General Consul in Munich. He focused mainly on the relationships with Central European states and German speaking states and served as a Head of First Department at the Ministry of Foreign Affairs (bilateral relations with Austria, Germany, Hungary, Liechtenstein, Poland, Slovakia, Slovenia, and Switzerland). He was appointed as the Extraordinary and Plenipotentiary Ambassador of the Czech Republic to the Republic of Hungary, to the Republic of Austria, to the Federal Republic of Germany between years 1998 and 2014. He also acted as the Deputy Minister of Foreign Affairs in 2001 to 2004 and in 2014 to 2015.Since August 2015 he has served in the advisory board of PM Bohuslav Sobotka where he was responsible for fostering of the relations with Germany and Central European cooperation agenda. Since 15 March 2017 he serves as the Director of the Foreign Department of the Presidential Office.