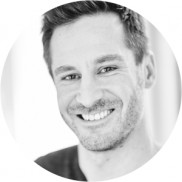 Ryan Heath is Senior EU Correspondent at POLITICO. He began writing for national newspapers in his native Australia in 1999, and is the author of two books. After working as a speechwriter for the British civil service, he joined the European Commission working for President Jose Manuel Barroso and Vice President Neelie Kroes as a spokesperson. Ryan is commentator on outlets such as BBC, CNN, and Deutsche Welle, and has reported from the World Economic Forum, G7 summits, and US political conventions. He moderated the 2017 European Parliament presidential debate.