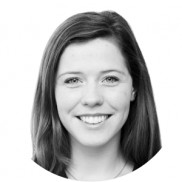 Sarah Vormsby is an analyst at the Think Tank Europa, a pro-European think tank based in Copenhagen. She has worked extensively on the EU’s data protection regulation and its impact on the realization of the Digital Single Market. As part of the Think Tank Europa’s think force on digitalization, she published a report in November 2016 on the Commission’s Digital Single Market Strategy. Before joining Think Tank Europa, she worked for the Centre for European Politics at the University of Copenhagen. She has a MSc in Political Science from the University of Copenhagen and a MSc in Conflict Studies from London School of Economics.