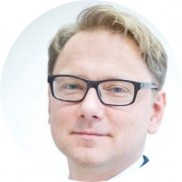 Sebastian Płóciennik, PhD, is an economist and lawyer, and since 2014 he has served as the head of research programs on EU and the Weimar Triangle at the Polish Institute of International Affairs (PISM), a Warsaw-based think tank. Since 2015, he has also served as the co-president of the Foundation for Polish-German Cooperation and professor at the Vistula University in Warsaw. His areas of expertise include German economic policy, eurozone issues and institutional economics. He has authored numerous publications, among them monographs exploring the evolution of German capitalism after the Agenda 2010 reforms and the core-Europe concepts in German European policy. Prior to joining PISM Sebastian Płóciennik worked for 12 years as an assistant professor at the Wroclaw University and at the Willy Brandt Centre for German and European Studies in Wrocław. He has taught as a visiting scholar at Dalhousie University in Canada, Otto-von Guericke-Universität in Magdeburg, Leipzig University, Stellenbosch University, Jawaharlal Nehru University, and Korea University, among others.