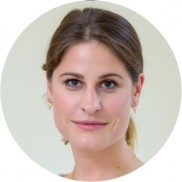 Sophia Besch is a research fellow at the Centre for European Reform in London, where she works on foreign policy issues, with a focus on defence.

Sophia is particularly interested in the future of CSDP, European defence market integration, NATO, and Germany foreign policy. She holds an MA in International Security from Sciences Po Paris and an MSc in International Relations from the London School of Economics.