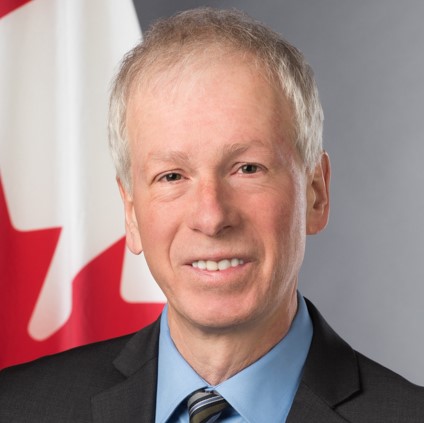 Ambassador to Germany and Special Envoy to the European Union and Europe, Canada

Prior to his current appointment, M. Dion was Canada’s Minister of Foreign Affairs from November 2015 until January 2017. He was previously Minister of the Environment from 2004 to 2005, and, in 2005, chaired the United Nations Conference on Climate Change (COP11/MOP1). From 2001 to 2003 he was Minister responsible for Official Languages. Serving as Minister of Intergovernmental Affairs between 1996 and 2003, longer than any other Canadian since Confederation, he played a primary role promoting Canadian unity.

In 2006, he was elected Leader of the Liberal Party of Canada and became the Leader of the Official Opposition in the Canadian House of Commons, a position he held until 2008.

Before entering politics, Stéphane Dion taught Political Science at Université de Moncton in 1984, then at Université de Montréal from 1984 to 1995. He has authored many scientific articles and books on Public Administration, Organizational Studies, Political Institutions and Environmental Policies.