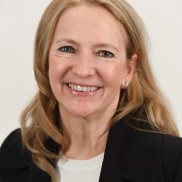 Sylvia Hartleif is Principal Advisor and leader of the foreign policy team at the European Political Strategy Centre, the European Commission’s in-house think tank. The EPSC provides strategic analysis and policy advice to the President and the College of the Commission.

Prior to joining the EPSC, she was for nine years senior advisor to the Foreign Affairs Committee of the German Bundestag and secretary of the Sub-Committee on Disarmament, Arms Control and Non-Proliferation. From 2001 to 2003 she served as deputy secretary to the EU Affairs Committee and legal advisor to the Bundestag’s delegation in the Convention on the Future of Europe on which she has published articles and co-authored two books. Her earlier professional commitments include the Parliamentary Assembly of NATO, the World Bank and the European Commission.

A graduate of Harvard Kennedy School, USA, and the Law School of Passau University, Germany, she is a member of the German Council on Foreign Relations and a Marshall Memorial Fellow of the German Marshall Fund of the United States.