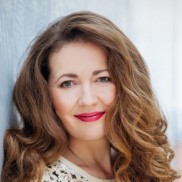 Tania le Moigne is the Country Director for Google Czech Republic and Slovakia. She launched the Google Czech and Slovak offices in 2006 and 2010, respectively. Tania has been working in the IT industry and Internet world for most of her career. She has spent more than nine years at Microsoft in Prague, Munich and London, where she has held various management positions in the areas of marketing, IP protection and enterprise strategy. For her outstanding impact on internet innovation in the Czech Republic she was honoured with the LUPA award for “Personality of the Czech Internet 2009”. She took first place in the Hospodářské noviny award “Top 25 Women of Czech Business” in 2011. Since 2011 Tania has belonged among the Top 25 most influential businesswomen in the Czech Republic as listed by the Hospodářské noviny newspaper and FORBES. In 2014 Tania received an award “HR personality of the year”. Being a successful entrepreneur Tania is also the founder of 4bambini, a company developing series of board games for children that promote important life values such as good manners, health, diversity, safety and good eating habits. Tania is a Board member and mentor at the non-commercial mentoring project Odyssey, which supports Women in Business. She occasionally cooperates with the University of Economics, New York University and European Leadership & Academic Institute in Prague, where she lectures on Values Based Leadership. Tania is a Board Member of the Aspen Institute Prague, Board Member of the NGO Dobrý anděl, and a member of YPO Czech Republic. Tania Le Moigne graduated from the University of Economics, Prague.