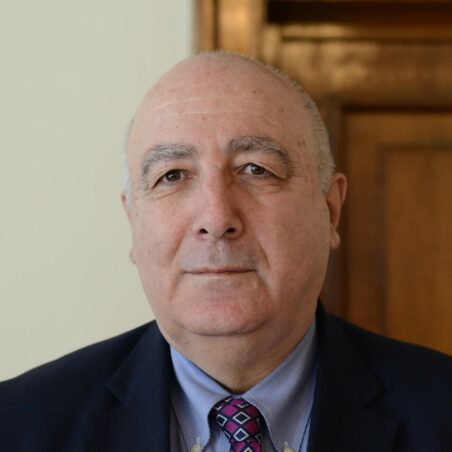 Ambassador Tedo Japaridze is a former, National Security Adviser to the President of Georgia, a former Foreign Minister of Georgia, a former member of the Georgian Parliament, and Chairman of the Foreign Relations Committee (2012-2016) and served as Foreign Policy Adviser to the Prime Minister of Georgia. Ambassador Japaridze is currently the Vice-Chairman, International Relations, at Anaklia Development Consortium, Tbilisi.

His career as a public servant working in various Georgian Governmental agencies has spanned nearly three decades; starting with the position of First Deputy Chair of the UNESCO Affairs Council of the Ministry of Foreign Affairs of Georgia in 1989. He then served as Ambassador Extraordinary and Plenipotentiary of Georgia to the USA, Canada, and Mexico between 1994 and 2002 before becoming Georgia’s Minister of Foreign Affairs between 2003 and 2004. He was a member of the Georgian Dream party from 2012 to 2016.

Ambassador Japaridze was the Woodrow Wilson Public Policy Scholar in Washington between 2006 and 2007 and has since held various posts, among others as the President of the Energy Security Centre in Baku, Azerbaijan, and the Secretary-General to the Black Sea Economic Cooperation Organization (BSEC) in Istanbul, Turkey. He regularly contributes articles to journals and newspapers.