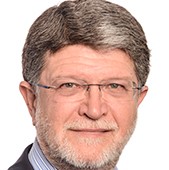 Tonino Picula is a Croatian politician who has been a Member of the European Parliament since 2013, twice with the highest number of preferential votes. He had previously served as Minister of Foreign Affairs of Croatia, Member of the Croatian parliament, and as Mayor of Velika Gorica. In the current mandate, he serves as European parliament standing rapporteur for relations with the United States, Montenegro, IPA III Pre-accession financial instrument, and European parliament recommendation on the enlargement that were adopted in June 2020. He is also an S&D group coordinator and spokesperson for foreign affairs and the chair of the European Parliament working group for Western Balkans.