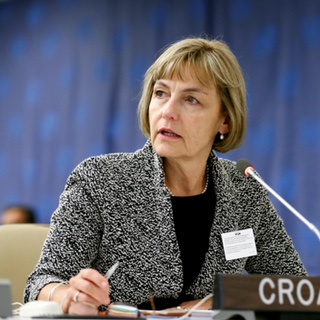 Prof. Pusić served as the Minister of Foreign and European Affairs, First Deputy Prime Minister, Government of the Republic of Croatia (2011 – 2016), and was an Official Candidate of the Republic of Croatia for the position of the UN Secretary-General (2016). Vesna Pusić was elected as a Member of the Croatian Parliament for six terms. She was also a Chairwoman of the National Committee for Monitoring the EU Accession Negotiation (2007 – 2011). She is a founding member of Croatia’s People’s Party – Liberal Democrats and was its leader for 11 years, served as a Vice-President of the Party of European Liberals (ALDE Party), and as a Vice-president of the Board of the Institute of Human Sciences, Vienna. Vesna Pusić also works as a Professor of Sociology and Political Theory at the University of Zagreb.