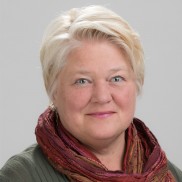 Chairperson of European Affairs Committee, Saeima of the Republic of Latvia

Vita Anda Terauda is an elected Member of Parliament from Development/For (Attīstībai/Par) since 2018. She chairs the European Affairs Committee, as well as the Media Policy Sub-committee.

Vita Terauda was the founding director of the Centre for Public Policy PROVIDUS, leading the think tank through its first decade, establishing PROVIDUS as a strong, sustainable voice in domestic policy-making, and as a trusted knowledge partner regionally and internationally. Terauda has a long association with PASOS, a regional network of think tanks, serving in various capacities – as Board Chair, Board Member and Executive Director.

As Director of the Soros Foundation – Latvia from 1995 to 2002, Terauda supported democratic development in Latvia via a wide range of grant-making and operational programming in areas such as criminal justice reform, introduction of new models of bilingual education, youth exchange programs, establishment of the Riga Graduate School of Law, civil society development, governmental transparency and accountability, judicial reform.

Vita Terauda held government positions in the early 1990s, including the Minister of State Reform, spearheading the post-Soviet transformation of Latvia’s executive branch of government, including establishment of the civil service, the School of Public Administration, freedom of information regulations, conflict of interest legislation, administrative remedies, and overhauling the decision-making process at the centre of government.