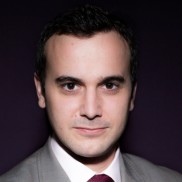 Vivien Pertusot is Head of Institut français des relations internationales (IFRI) office in Brussels. He coordinates Ifri’s research programme „REcalibrate Security in Europe and in the Transatlantic area“ (RESET), which focuses on defence policies and defence cooperation in Europe. He is also the coordinator of the project „Building Bridges between National Perspectives on the European Union“. He previously worked at NATO and Carnegie Europe.

He has a Master’s degree in Middle Eastern Politics and History from King’s College London and in International Relations from IRIS Sup in Paris. He has also studied for a year at Southwestern University in Georgetown, Texas.