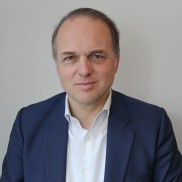 President of the European Movement-France

Yves Bertoncini is an expert and Consultant on EU affairs, founder of YB2i Consulting. He is President of the Mouvement Européen-France and Vice-President of the European Movement International. Yves Bertoncini has been director of the Jacques Delors Institute between 2011 and 2017. He is an administrator at the European Commission, where he has worked at the DG “Education, Training, Youth” and “Regional Policy”. He has worked in the office of the French prime minister with responsibility for research on Europe at the Centre d’Analyse Stratégique/France Stratégie (2006-09), and as adviser to the Secretary general of European affairs (2010-11).He has also worked for the French ministry of Foreign affairs, on the organisation of the “national dialogue for Europe” (1995-97) and at the French embassy in Algiers (1992-93). He was Head of international affairs at the French Insurance Association (2002-05) and Director of studies at the Conseil de Coopération Economique (2005-06).