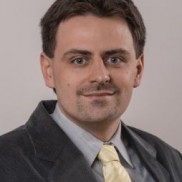 Zbyněk Smetana works as a Director of EU Economic Policy Coordination Department at the Office of the Government. He graduated from the Faculty of Social Science at the Masaryk University in the field of European studies. After graduation in 2011, he started his professional carrier at the Ministry of Finance where he worked at the European Affairs Department. He was responsible for coordination of European affairs at the Ministry and preparation of ECOFIN Council meetings. In 2017 he came to the Office of Government. At his current position, he is in charge of preparation and coordination of Czech position in the following areas: Brexit negotiations, Digital Single Market agenda, and coordination of the EU economic policy (European Semester).