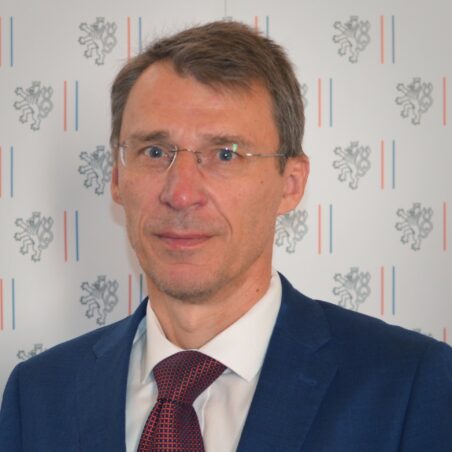 Jaroslav Kurfürst, Ph.D. is a Deputy Minister of Foreign Affairs for Europe from July 2022. Before he worked as Special envoy for the Eastern Partnership. He joined Czech diplomacy in 1997 and participated at the integration of Czechia to NATO, later held various managerial positions in the Ministry of Foreign Affairs in the fields of security policy or CFSP. Between 2011 and 2014, he worked as general director of European section. He also served at Czech embassies in Moscow, Washington and Brussels. In parallel, he pursued the academic path in political geography. He is the author of several publications from the field of security policy and political geography (book “The Story of Russian Geopolitics (2018)”, monography “Geography, borders and methods of the hybrid war of Russia”. Lately was the main editor of the collective monography “Behind the Mirror; Hybrid war as old-new fenomenon of international relations” (2022). Member of the Department of social    geography and regional development, University of Ostrava.