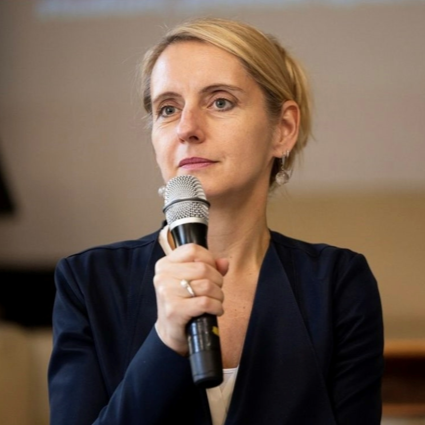 Head of the European Commission Representation in the Czech Republic

Monika Ladmanová is the Head of European Commission Representation in the Czech
Republic.
From 2014, she was a member of the cabinet of the Commissioner for justice, consumer
protection and gender equality in Brussels, and in 2019, she joined the cabinet of the
European Commission Vice-President for values and transparency.
A lawyer by training, she has long-standing experience of working in the NGO sector as well
as in a global corporation. Throughout her professional career, she has been promoting
European values and working in the field of European integration.
After graduating from the Faculty of Law of Charles University and Columbia University in
New York City, she worked for the Czech Helsinki Committee, a non-profit organization
advocating for human rights. She then spent 10 years at the helm of Open Society Fund
Praha, a foundation focusing on strengthening democracy, eliminating discrimination and
fighting corruption. She then worked at IBM Czech Republic as a corporate social
responsibility manager.